Over the past year, Sassy has had the privilege of interviewing four women who we can proudly say have helped shape the Sassy Stance. Through their creative pursuits, individual talents, and undeniable determination these women have been making us think, question and think again.

By openly discussing religion, revolutions, patriarchy, parenthood, creativity, and contemplation, all four women engage and educate audiences with heartfelt sincerity. They are fantastic examples of the duality of Sassyness - being strong and sensitive, silly and smart, sexy and soft. So get in the know and introduce yourself to these fantastic women - 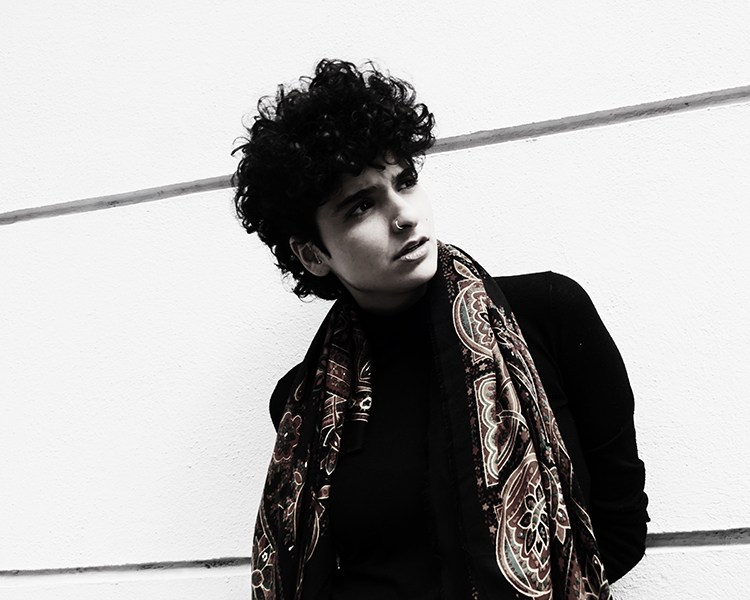 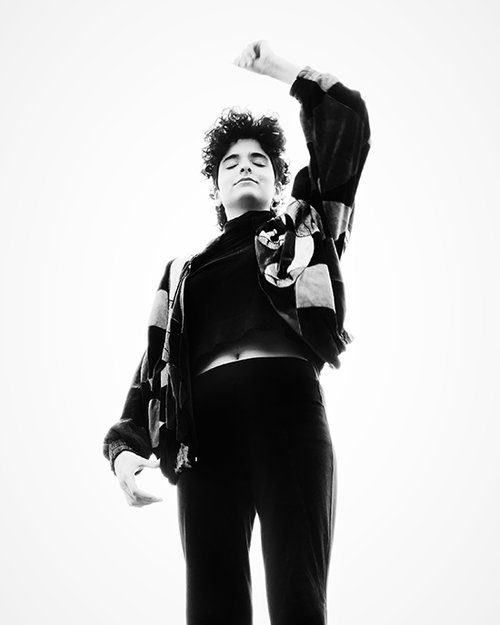 “When I perform, I try as much as possible to fall into the song; the more organic and effortless, the more I can relate to it and I think that makes it more accessible to others. I hear a lot of music when everything sounds the same, so I think why not have fun.”

Onstage, Rasha Nahas is a dynamic, confidently mature musician, rocking out with the theatrical energy of what could be Elvis and Bjork's love child. Yet offstage, her calm, curious and critical attitude of global politics and division is reflected in the responsibility she feels when it comes to her creative pursuits.

“Being a woman and being Palestinian and speaking up for that, is something very close for me, that’s personal, but I can’t scream for Palestinian rights without also speaking up for black people’s rights, feminist rights, queer rights, everything - I feel it is the same fight, the same bug in the head, the same machine that we’re fighting. For me, if you have awareness, or you are speaking up for some rights, then you are fighting for them all - it comes from the same place in the heart”

“People generally look down on those with faith...it’s not seen as a benefit. For me, Islam is an incredibly intellectual faith in the way I've understood it yet people aren’t open-minded enough to allow for that possibility. That's one of the sad parts of the public conversations that happen; we see religion as this politicised identity. When, in fact, it’s a religious existence, a spiritual existence, a faith-based existence. It’s nice to talk to friends who haven’t known about the religion, learning about it from me and they say, "Oh wow, it’s so different from what I hear in the news". That makes me sad but also happy that I can have an impact on people’s opinion.”

Yassmin Abdel-Magied is switched on, seriously funny, sober and smart. Through her social media commentary, public speaking and writing, Yassmin is a woman who provides insight, education and entertainment. Her book “You Must Be Layla”, pitched to young adults, had us grinning from ear to ear, crying into hankies and revisiting phrases and paragraphs that held invaluable advice.

“I think the challenge is we are afraid of the retribution; we think it’s better to bite our tongue instead of putting our foot in it. But how do we move forward, get better ideas and learn from the melee of all our different perspectives? When I was younger, I believed in this idea of never putting my ideas across too strongly, wanting to see all sides. Whereas now I'm surer of what I accept, what I think is true. I have enough years behind me now to say this is how I think, whilst being open to discussions.”

Read Yassmin's full interview with Sassy on Reform The Funk and visit her Patreon page where she offers opportunities for mentorship in writing and other pragmatic learning tools.

“I was raised being critical of the system, to be critical of the global symptomatic structures which meant, as a child, I never internalised anything that was projected onto me. I didn’t perceive myself as someone who is weak or who has anything less to say. I know this isn’t the case for everyone”.

The speed at which knowledge, insight and personal thought rushed from Armeghan Tahani's mouth will make any audience jump on board and buckle in. Her thoughts on global movement, political mentality, creativity and the right to self govern lit up our conversation as Armeghan discussed her wish to create more secure spaces for open and well-informed conversations to be shared. As the founder and director of What is Afghan Punk Rock Anyway?, an annual magazine championing Afghan narratives, she is a leader in working together, not in isolation. Encourage fearlessness to speak up and share stories.

"What's Afghan Punk Rock Anyway? It’s the people who stand at their own table and invite all marginalised identities to come join. Being that person who speaks up despite repercussions.; who speaks up about society and what they want to change about it. (You see) the more I got into the academic world, the more I realised how inaccessible the dialogue about human rights is and how it’s created from a system of power, from the government. I couldn't find myself there. I was reading and speaking a language that was very academic, moving me away from people rather than closer. "

Read Armeghan's full interview with Sassy on Reform The Funk and get yourself a copy of What's Afghan Punk Rock Anyway? here 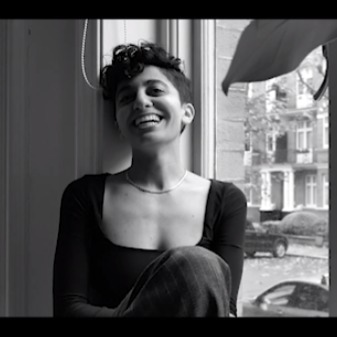 “We are a result of our stories, the good, bad and ugly. How aware we are of being a product of these experiences and how we relate to them makes a big difference. The whole of my twenties was a series of bad decisions; I didn’t allow myself to invest in what I’m now doing, I thought I didn’t deserve it... So much of what I’m about is saying ‘Unlearn’ because it’s all lies. Thinking that your body is shameful, that virginity is (sacred)... this kind of oppression is bad.”

Having been completely transfixed by Juliana’s onstage performance, exuding spinetingling strength, accuracy, and crisp care, this artist's outlook on life feeds into every element of her work. Discussing race, oppression, feminism, and appearance, Juliana uses music and language to conduct her own narrative of expression. With a clear vision for her future, this woman's kick-ass, no bullshit attitude is not to be ignored. As poetic and sincere as her music suggests her to be, Juliana comes with champion feminine energy.

“I dream of the day when I have an all-female team, when we can run our own shit, that we don’t work for free, that we have autonomy over our own businesses. I believe so firmly that women can change the structure. There are women of colour who are doing this already and they are so inspiring. Kelechi Okafor, Ava DuVernay - these are black women who are pioneers in their field. The rest of us need to stop being cowards and catch up”

Stylist to the Stars, MeaKoom for the Music